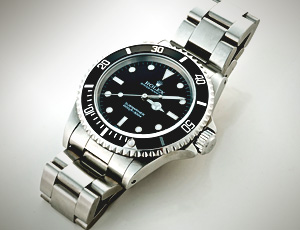 Rolex or Replica?? Don’t get E-Screwed!!

Having a resource to clarify this information can mean the difference between making a wise investment in a quality timepiece, and overpaying for something that was misrepresented…

(PLEASE NOTE: The Replicas, Fakes, Copies, Knock-Offs, and Counterfeits
identified on this page are NOT meant to represent ALL counterfeit Rolex watches
in circulation, but merely an example of some of the counterfeits you may encounter.)