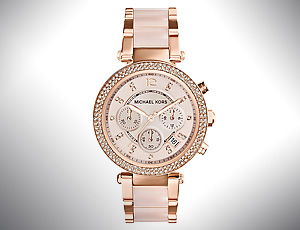 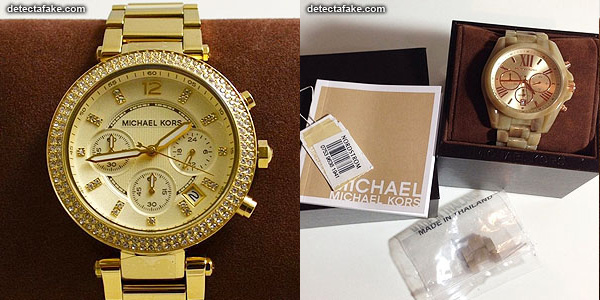 The first thing to check on a Michael Kors watch is the packaging. We normally prefer to focus more on the product itself, rather than the packaging but the counterfeits are so close, we need to reference both.
If your watch is new, most watches will include extra links that come in a separate plastic bag. If it does, it is most likely real. 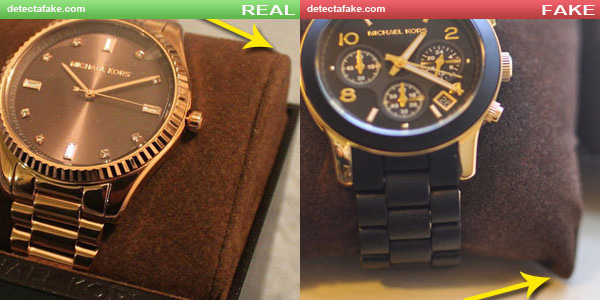 Next, examine the pillow that comes with the watch. On the real one, notice the corners. The ends of genuine MK watch pillow are sewn and square edged while the fake is a one piece fabric. More like an actual pillow. 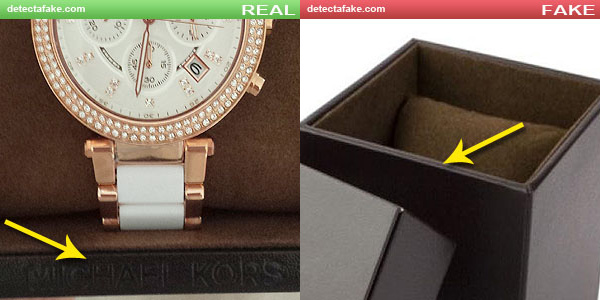 Next, look at the rim of the box base. One side should be wider than the others, and have the "Michael Kors" logo embossed into the top. 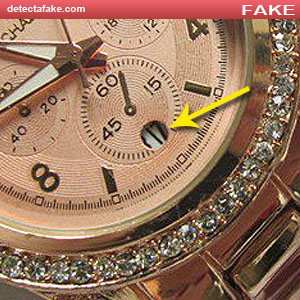 Next, if there is a date display, look at the alignment. It should be displayed exactly in the center of the window. As you can see in the picture above, it is way too far to the right. 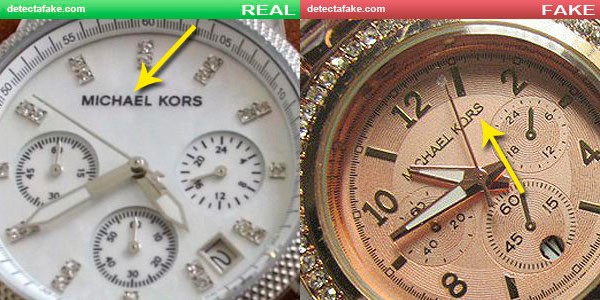 Next, look at the "Michael Kors" on the dial. Notice on the real one that the letters do not touch each other and have a clearly seen gap between all of them. The fake one has the letters connecting at the bottom. 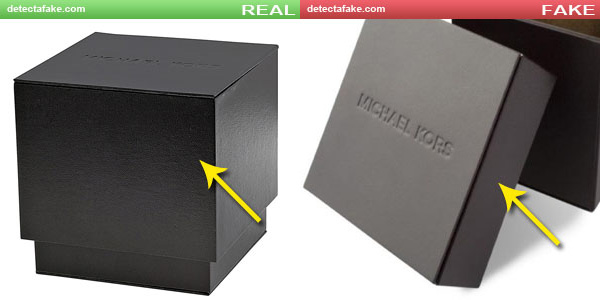 One more thing to mention about the box is the lid. Most of the counterfeit boxes have lids with normal size flaps. Notice on the real one, the lid flaps come almost all the way down the box base.
I won't mention the name but there is a website that sells the replica watches for about 10% of the authentic prices. Don't buy from
this site, they're junk! Best way is to buy genuine Michael Kors watches and chronographs on Amazon.com.