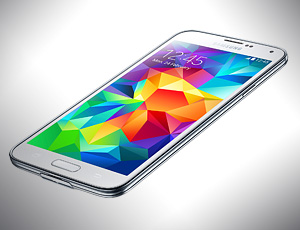 Soon after the Galaxy S5 was announced by Samsung during the Mobile World Congress, cloners started making fakes of the new Android smartphone. Only two days after it was unpacked, a phoney S5 under the name of Goophone S5 started popping up in China. If you are planning on buying a Galaxy S5 soon, and not from a mobile provider or Samsung themselves, then it might be a good idea to take a look at these tips to know if the Galaxy S5 in question is fake.

Goophone produced a fake that could easily pass for the real deal if you look at it from afar, seeing as they also adopted the Band-Aid-like plastic on the back, and in fact, it isn’t that bad of a phone, though we don’t condone buying a fake S5, which is an IP infringement.

Another one has just appeared as well called the No.1 S7 made again by a Chinese manufacturer, this time under the name of GizChina. This fake model is waterproof, unlike the real S5 which is only water-resistant, but only has a 13 MP back-facing camera with autofocus and an octa-core MT6592 processor ticking at 1.7 GHz with 1 GB of RAM. On the other hand, it does come with USB 3.0 and a 5.1-inch Full HD display and microSD slot. It only comes with Android 4.2 OS though.

If you aren’t able to take a look at the phone’s tech specs, but are holding a potentially fake device in your hands, then here are things to watch out for so you don’t end up buying a Galaxy S5 clone: 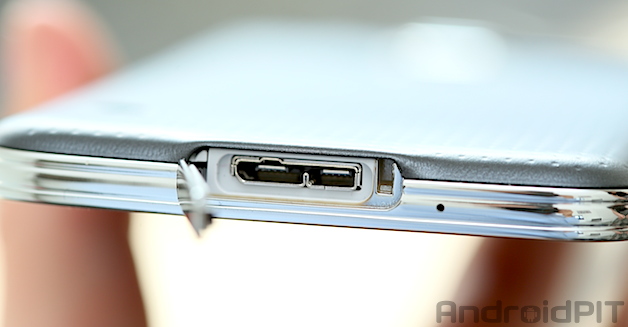 The USB 3.0 port on the Galaxy S5 looks quite different than USB 2.0

The same goes for any other smartphone. It's best to check its authenticity if buying from a third-party provider or another person.