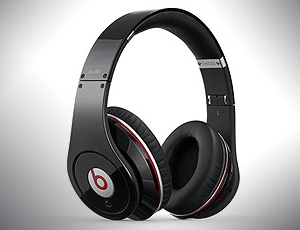 These headphones are for hip hop and rap fans who like thumping bass and loud music. Beats have accurate mid- and high-ranges and a lot less distortion than most medium- to low-end headphones. The weakest point about Beats are their vocals: Mid- and high-range vocals are overshadowed by the bass, but fortunately vocals can be boosted using an iPod (under Settings) or in any similar device. Most Beats fans like this style anyway. It is like having a mini sub-woofer in your headphones.

The best thing about Beats is their appeal to younger crowds. The black are my favorite. I love wearing them in public and displaying my headphones to the ladies. Some might call me a show-off, but that is only because they've got no style and definitely no Dr. Dre Studio headphones.

The price for these headphones can be awfully high (around $300). They can be purchased at any local store, however. If you are smart and observant, it's possible to find some real bargains.

How to Spot Fake Beats (No, It's Not the Packaging)

If you shop for Beats on eBay, always check for signs of Triple A (AAA) Batteries from Duracell. Customs will not allow foreign counterfeiters to ship Beats loaded with Duracell batteries. If the retailer says their Beats come loaded with a different brand of batteries, stay away.

Obviously, when buying from streets vendors, Craigslist, or the eBay classifieds (Kijiji), be aware that it is easy to be scammed. Counterfeits have perfected sealing their packaging to make it look like it came from a factory. Be on alert and always ask to open the box to make sure the batteries are wrapped. It is a sin to sell fakes, but you can thank Duracell for trying to help you.

Packaging Is Hard to Counterfeit 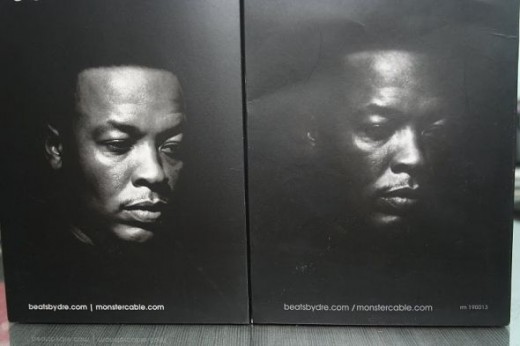 The bright one on the left is real. The darker one on the right is fake.

Counterfeiters cannot exactly duplicate the image of Dr. Dre on Beats packaging. It is very hard to print with the correct contrast.

Don't be one of those wannabe detectives and look all over the box for little mistakes. Look at the face first. The bright one is the real one, and the darker one is fake. The image in which his neck is showing in the real one. This is because counterfeiters don't have access to high-end printers. The darker image may be nicer looking, but it is not authentic.

Why Some Real Dr. Dre Packaging Have Darker Faces

Some Dr. Dre packaging actually uses the darker face image. The most accurate way to detect counterfeits is the warranty code inside of the headphones' battery cover. So, check the battery cover and you'll know the truth about your headphone's authenticity. Call the manufacturer to verify your code. If they cannot verify, then you have a fake.

Counterfeiters are smart. They create different boxes for different regions. There have been reports that some counterfeiters can bypass the code, making it possible for fakes to be verified. Your only protection is to never trust unauthorized dealers and be on your guard at all times. 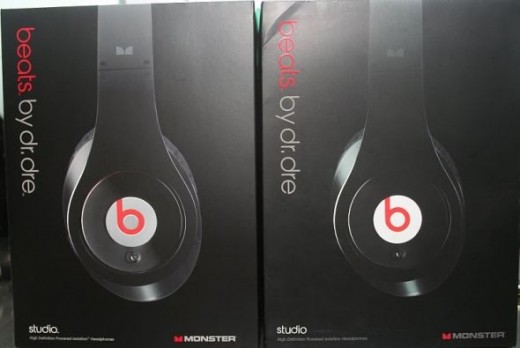 The cover on the left is real. The one on the right is fake.

Take a quick glance. Do you notice the difference the way I do? If so, you can weed out 90 percent of fakes.

The differences between real boxes and fake ones include:

Another Way to Be Sure Headphones Are Not Fake

We all want to be able to look at a box and say "Okay, I am 100% certain this box is real, not fake." We know that the front covers are almost identical, except for the lighting on the headphones. The lighting on the real cover has a natural half-black, half-grayish tint to it, while the fake has more "pitch black" lighting. Also, notice the dents on the fake. This is an indication of foul play. Counterfeiters are famous for selling dented products, because their shipping provider (EMS) actually sucks!

Counterfeiters on eBay are crying because I am telling you this. Dr. Dre Studio boxes were sold on eBay using original photos taken from Monster Cable, so be careful. The first generation box has no TM symbol and the image of Dr. Dre's face is darker and shows no neck.

Only buy from eBay sellers with proof that they own a real pair of Dr. Dre Studios. Look for the batteries and check the box in detail.

In general, it is safer to buy Dr. Dre headphones on Amazon

If there is no plastic wrapping on the touring case (that black case that contains the headphones), then it is fake. Counterfeiters are too dumb to purchase the plastic wrapping and wrap the boxes up. However, if someone smart enough buys a counterfeit item and wraps it, then this is what to look for: