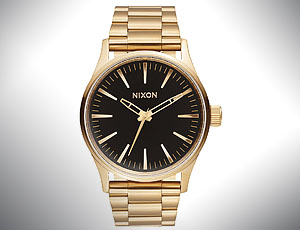 When it comes to entry-level watches, there are few brands out there as popular as Nixon these days. Their current collection is massive, including over 750 watches in their men's collection alone. Though some of these watches are monstrous and gaudy things we wouldn't recommend for anyone, the list does include quite a few tasteful offerings that are an excellent jumping-off point for anyone who's just getting into watches and doesn't want to spend a lots of money.

This Nixon Gold Model Sentry SS watch is purchased on eBay for the price much cheaper than retail. In fact it appeared to be a fake. Next we'll see comparison between this counterfeit Nixon Sentry and genuine one.

Fake at the left VS Authentic at right 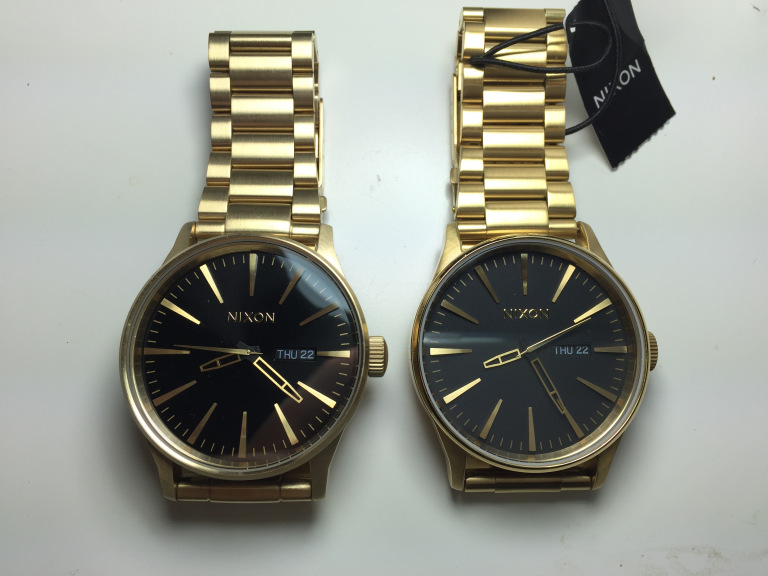 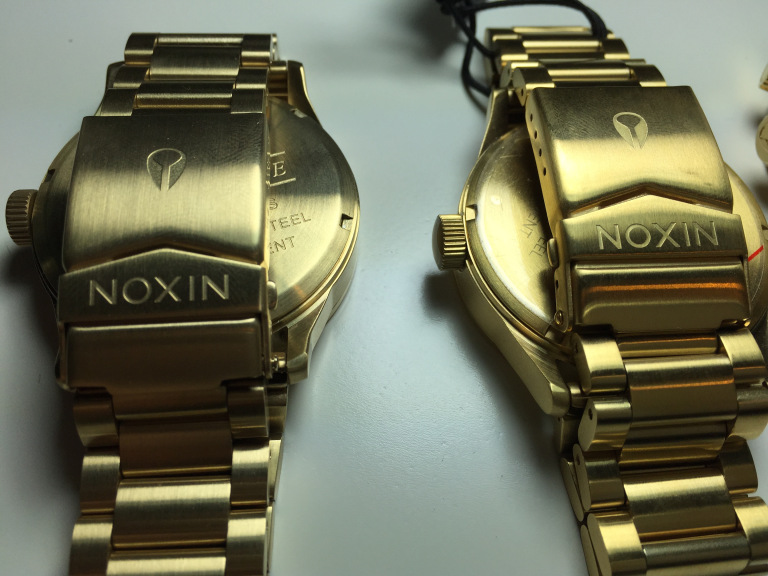 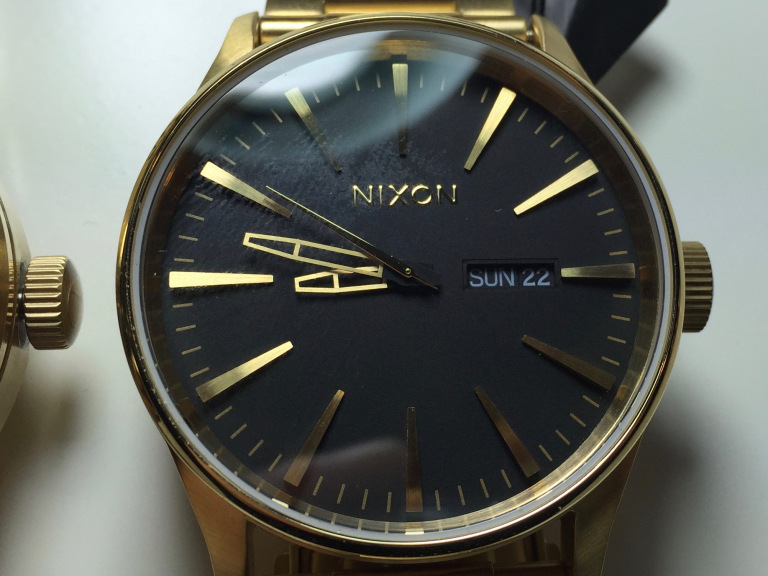 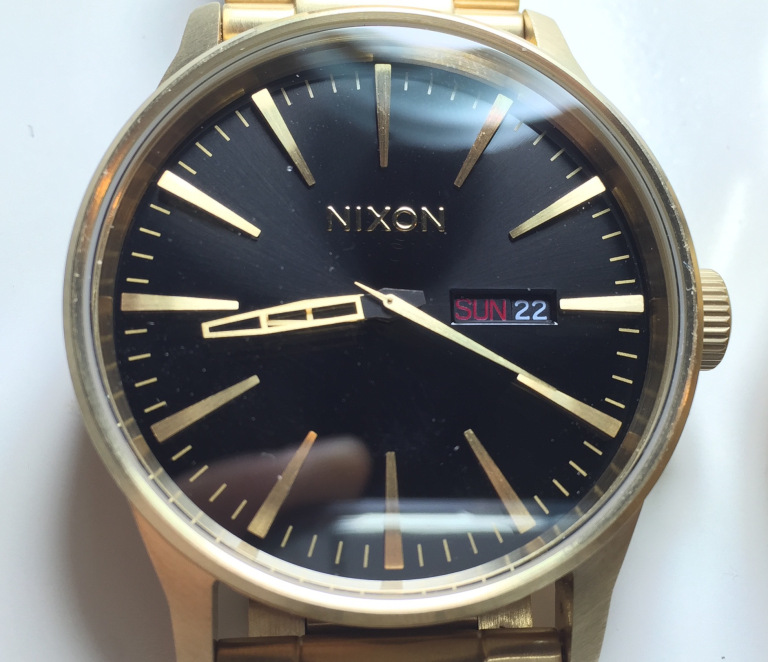 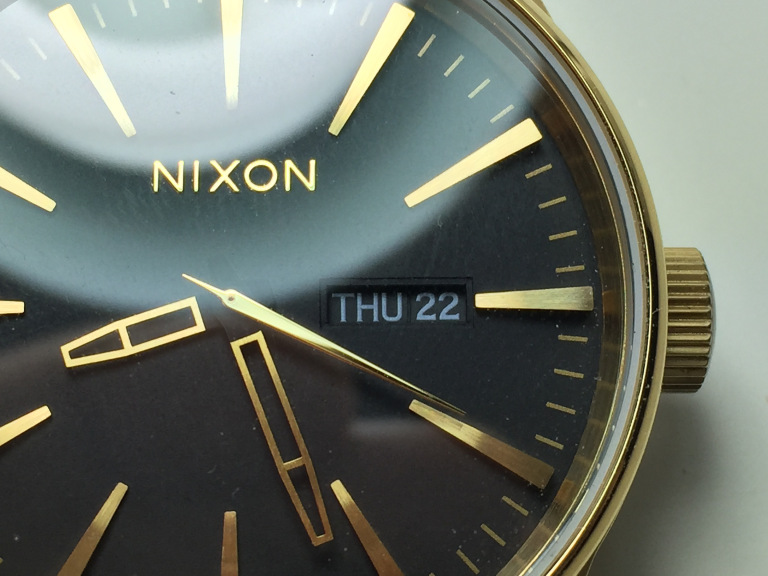 Fake dial speaks for itself: 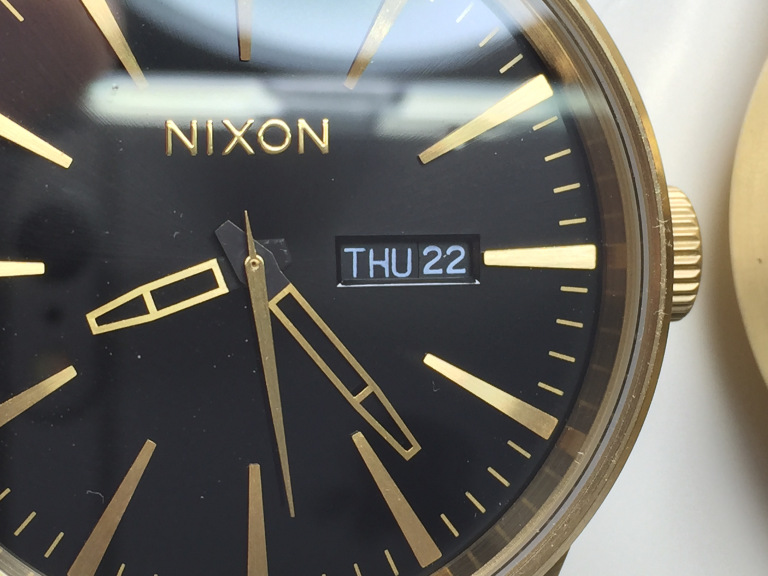 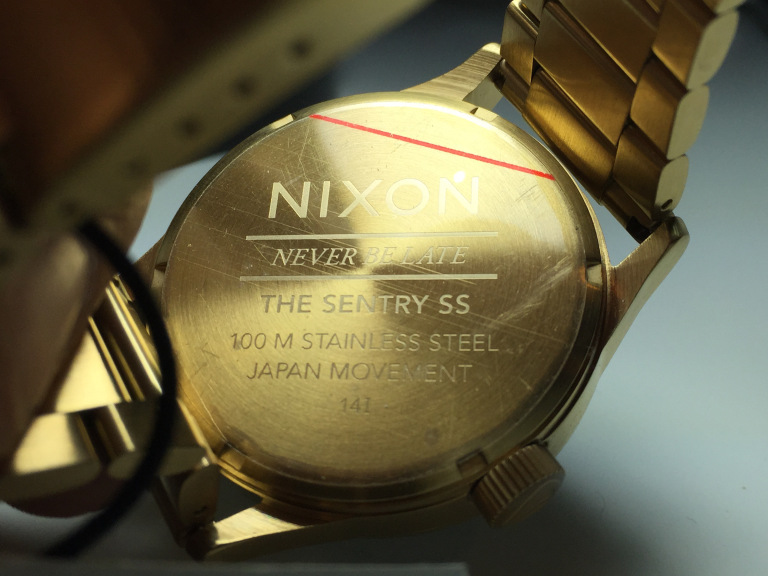 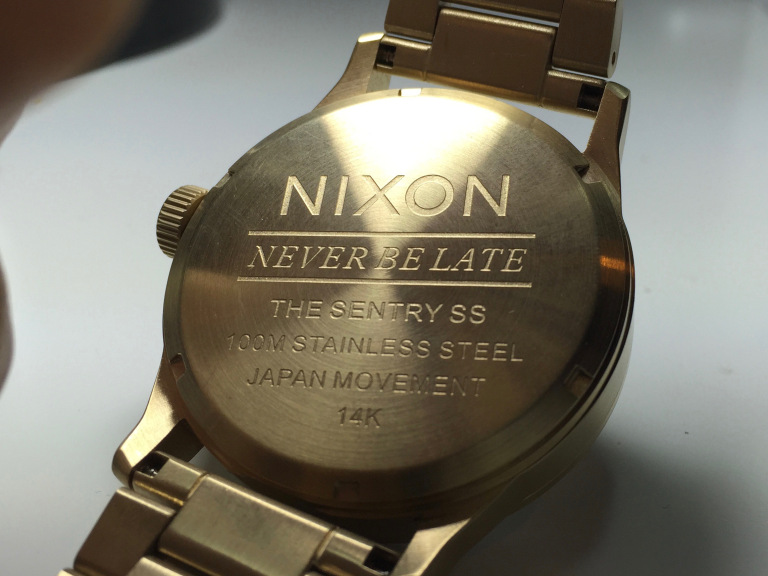 Real Nixon Sentry watch box and papers at the left: 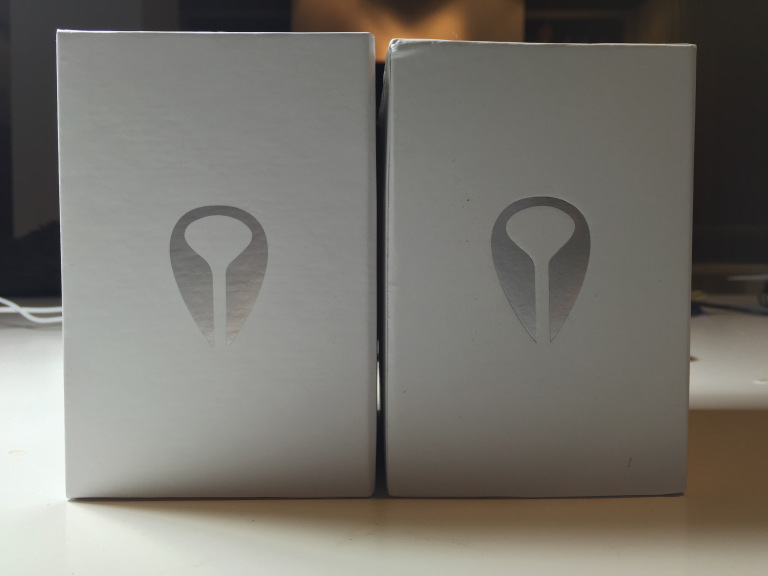 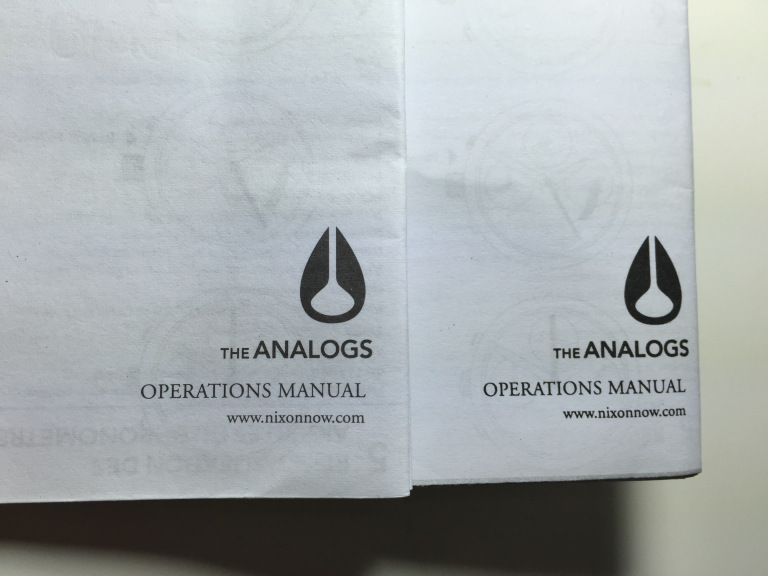