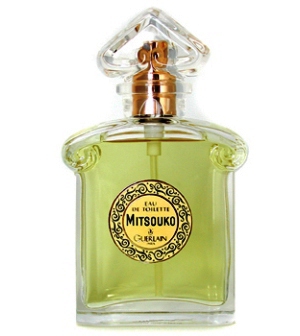 This review should learn us how to spot fake guerlain perfumes. When you browse through online auctions and reading perfume for a one is left with the impression that highly unscrupulous vendors are roaming the Net “selling algae for silk ribbons”. This Greek idiom characterizes exactly what sometimes happens: something quite different with only a passing similarity to the coveted is being sold with claims of greatness all the same.

This has proven a beneficial compass for the average consumer at the back of their minds no doubt, as people have increasingly become more sophisticated over the years and know how to spot a fake when they see one. It has also created a sort of panic and knee-jerk reaction however, even when witnessing unusual but nonetheless legitimate specimens. Today, let’s see three unusual offerings which in one capacity or the other I was drawn to offer some proficiency on in the past few days. Perhaps not coincidentally, they all involve Guerlain…(To explain myself, I simply mean that a fragrance house with hundreds of flacon designs and as many perfumes of modern or vintage cut to contend with, being confused comes with the territory). 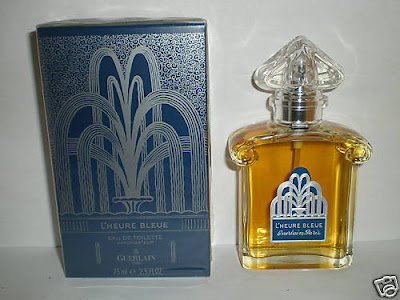 L’Heure Bleue by Guerlain 75ml Eau de Toilette in the typical “bouchon coeur” bottle (1911) in which the fragrance (as well as Mitsouko) is traditionally housed. YET the label and box are identical to the old “petit beurre” design (from 1916) which also housed Vague Souvenir,Pour Troubler, Kadine, Rue de la Paix, Candide Effleuve…. What’s happening? Are we confronted with a fake label and box? Or with a rare, precious vintage? Relax; neither is the case. It wouldn’t make sense to fake the label/box, but not the bottle or the fragrance. And the seller has actually five identical offerings to sell, making it rather less rare than one might at first think. Plus the juice looks pristine and very fresh (sprayer mechanism too) for an old vintage.

A limited edition bottle from the “limbo” years when the recent LVMH take-over had resulted in several issues of renewed presentation. 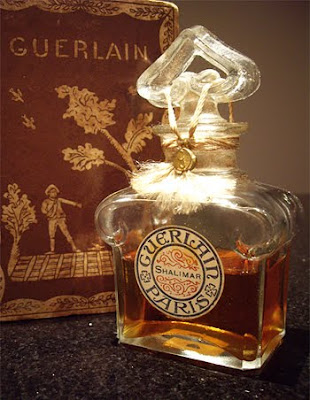 A Shalimar extrait in the typical “bouchon coeur” bottle in glass that only ever housed L’Heure Bleue, Fol Arôme (both from 1912) and later Mitsouko (1919). Since Shalimar has a well documented history on these pages, how could this be possible? The juice is authentic and so is the bottle and label, incidentally. The bottom (not shown) has a label typical of the years between the two world wars and the 1960s, but without the usual stamping in red ink.
Verdict: Shortages of war probably resulted in using a former mould (that of L’heure Bleueindeed) to house a fragrance in search of a bottle. 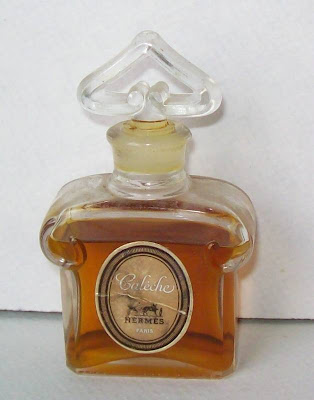 Another Guerlain “bouchon coeur” bottle, this time bearing a (rather worn) Calèche by Hermès label! It looks like a mutant, infested with great genes which somehow got jumbled when the genetic dice was cast and is forever incancerated due to collateral shame. Technically not a fake, but doubtful that either Guerlain or Hermes fans would be very much pleased.
Verdict: Someone once owned and liked the “bouchon coeur” bottle very much; so much in fact that they decanted their Caleche fragrance into it and relabelled so as not to confuse themselves. Then again, that someone probably died at some point and left someone else with something incomprehensible on their hands…which they’re now trying to sell with ludicrous results.