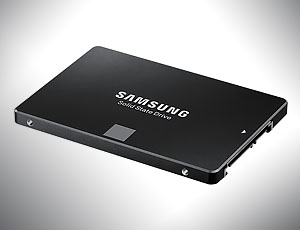 Going to buy new SSD? Be aware, they are being counterfeited too. 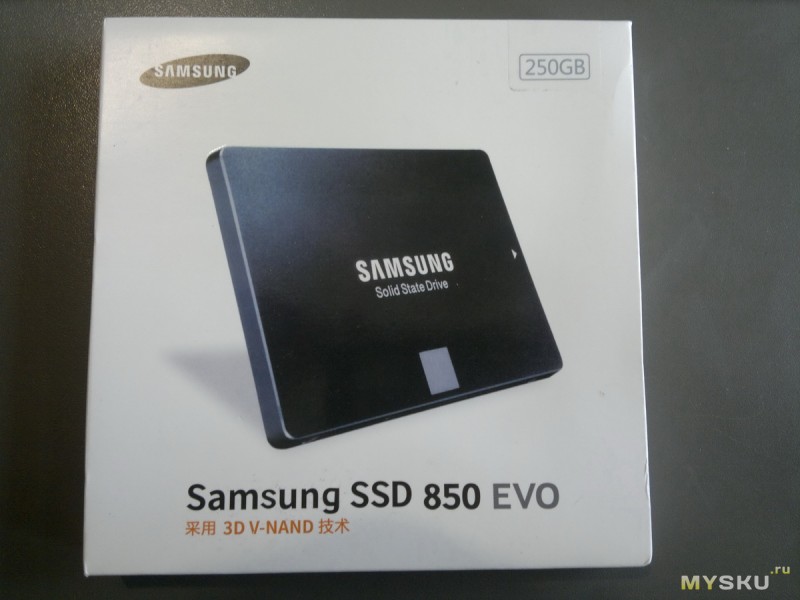 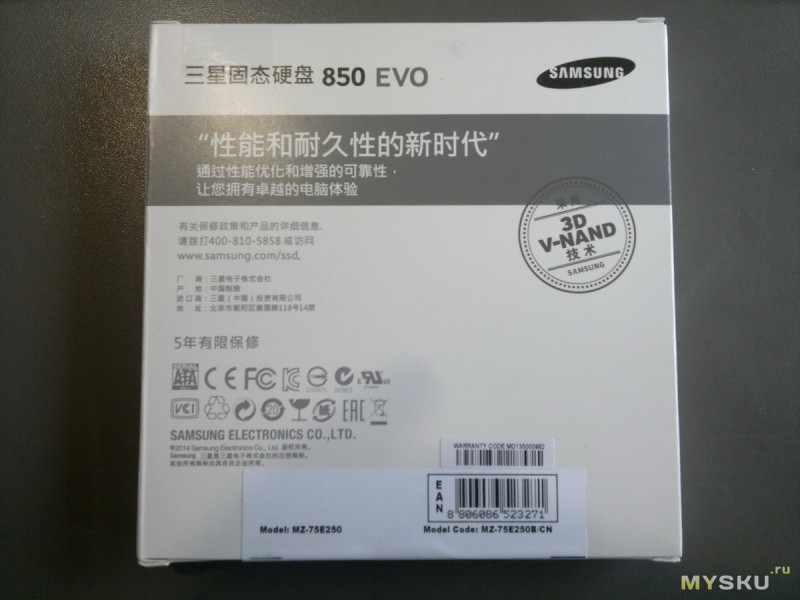 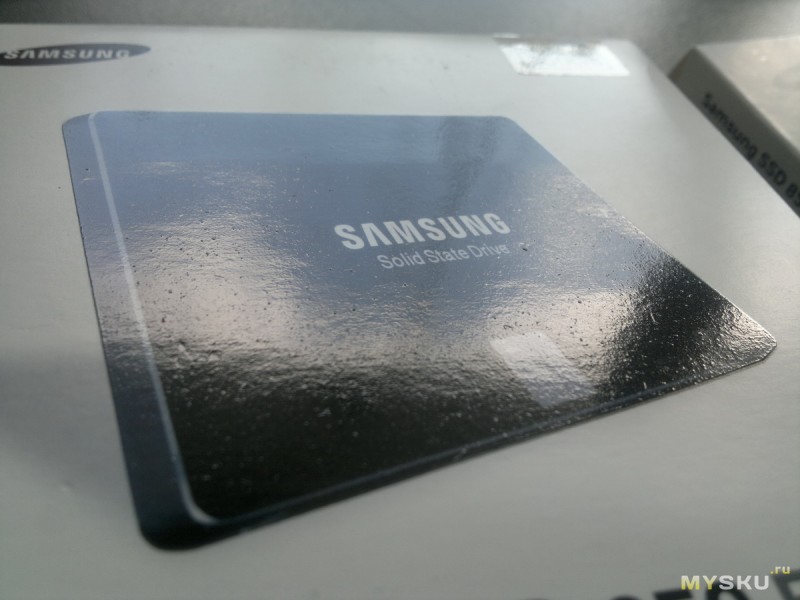 Round stamp, again, because of thick painting is more raised. Genuine is almost flat.

Hieroglyphic top part of the fake box is on both gray and white, genuine is upper and covers gray only. 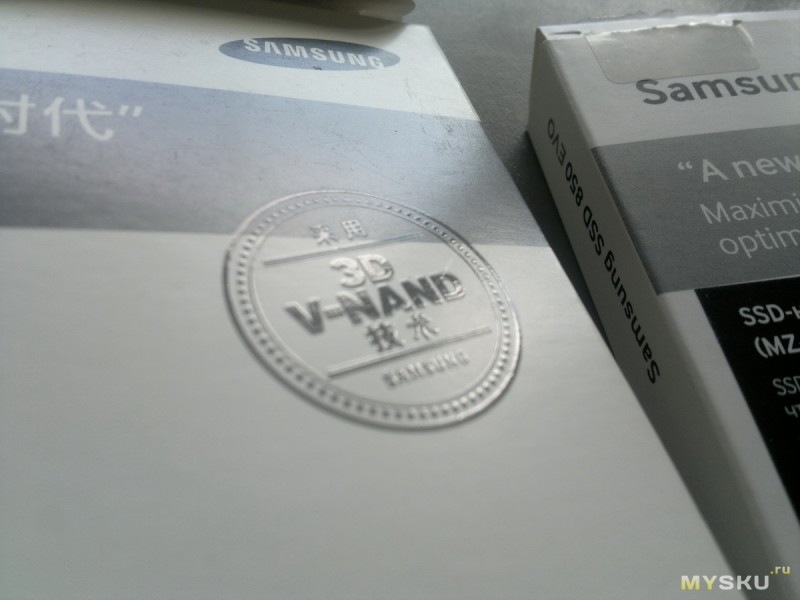 Inside the box. Genuine package have own serial number, fake doesnt 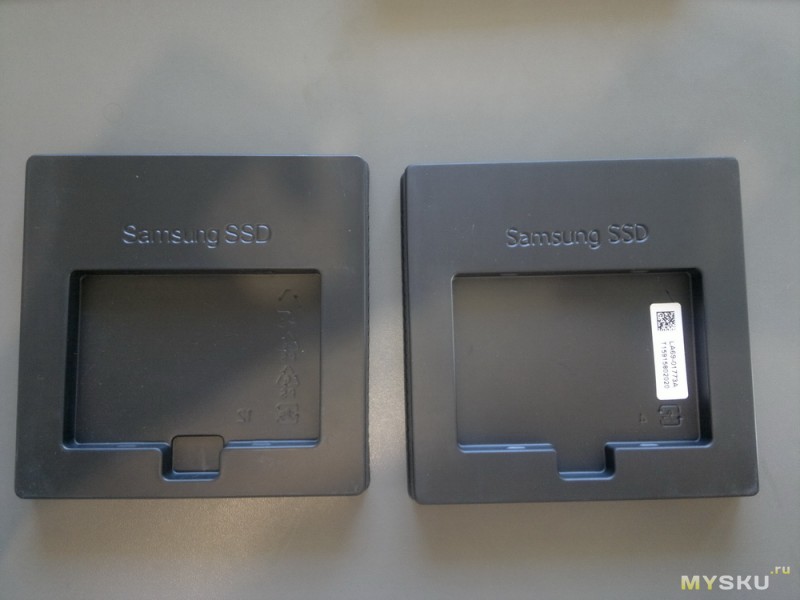 When connected, fake SSD Samsung 850 EVO disk will have much longer serial No than genuine one (that is 14 or 15 digits). This fake serial will not repeat serial No on the box.

SMART attributes for the fake disk are much more than 15 for authentic SSD Samsung 850 EVO disk. 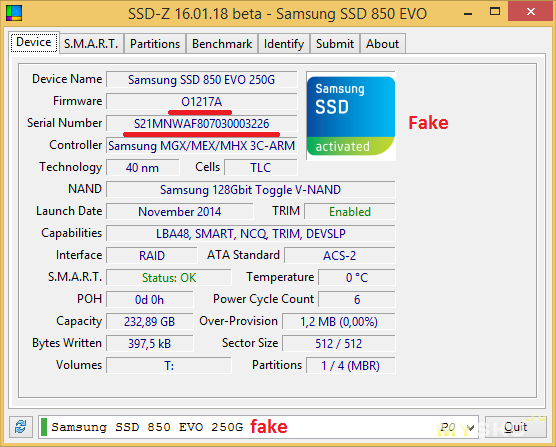 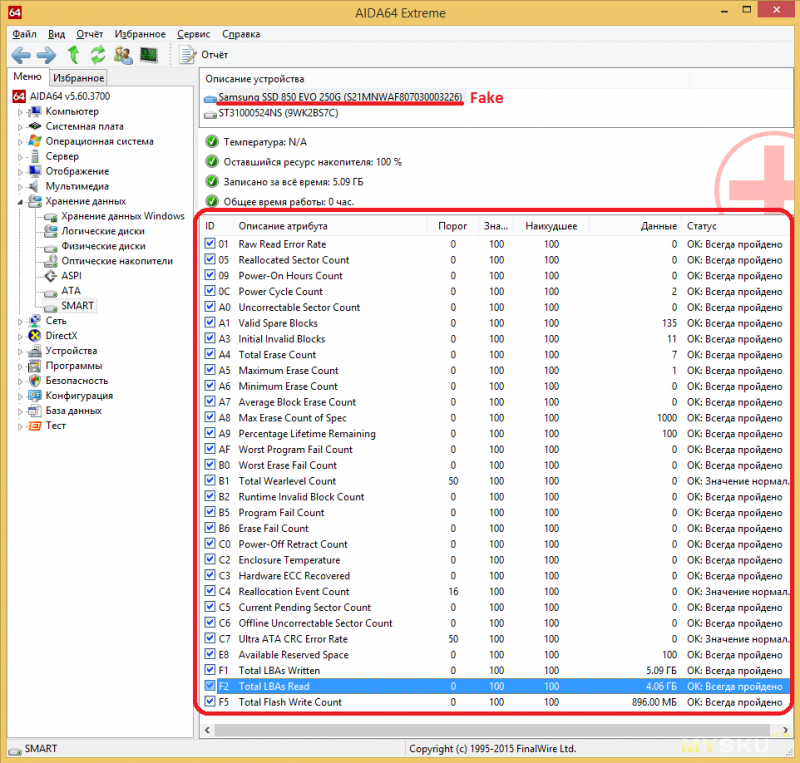 If you will install Samsung Magician software it will tell if your Samsung 850 EVO disk real or fake. 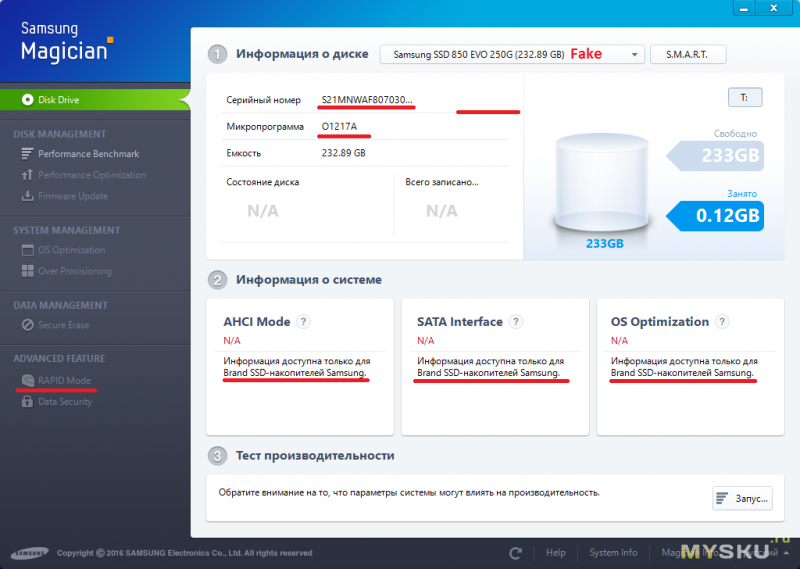